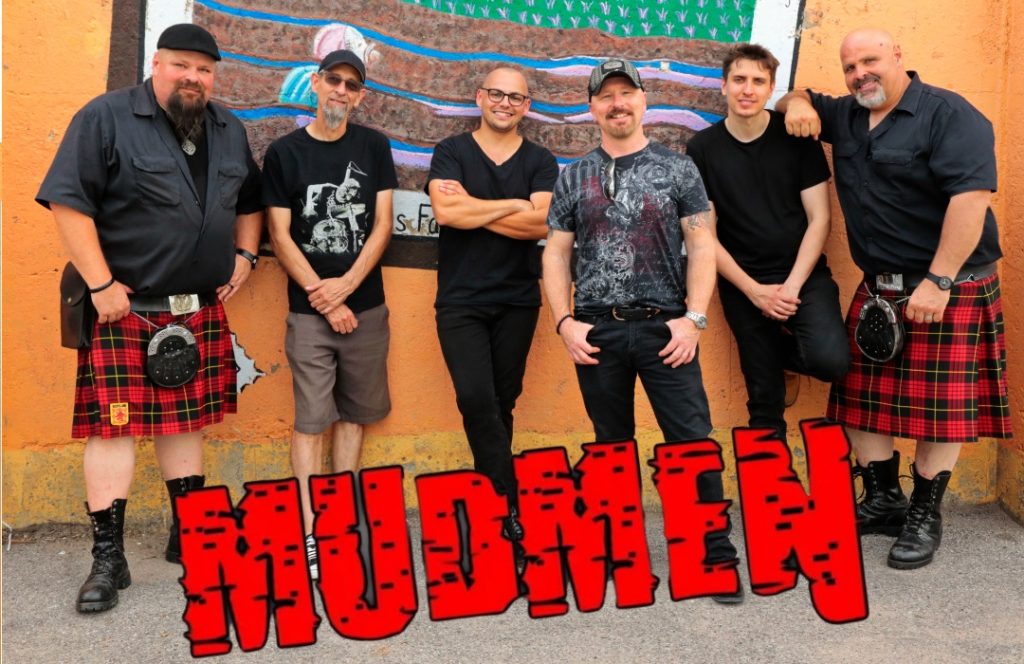 Always entertaining and definitely unique, The Mudmen are a blast of Celtic energy whose members are known to be characters both on and off the stage. First discovered in 1993 as “The Campbell Brothers”, the Brothers signed a record deal with EMI Records and changed their name to “Mudmen”. Established in 1998 Mudmen will be celebrating their 25th Anniversary in 2023. Mudmen’s music has been featured on Xbox and PlayStation games, NBC’s television show “The Black Donnelly’s”, WWE Wrestling, 6 Don Cherry’s Rock’ em Sock’ em hockey videos, The Mackenzie Brothers TWO-FOUR Anniversary Special on CBC, HBO’S Shameless, HNIC Coach’s Corner( special tribute to Dale Hunter), 6 music videos on Much Music/MTV, reaching the top 20 countdown on 102.1 The Edge radio (Toronto). In 2008 the Campbell Brothers were asked to perform on the new “Hockey Night in Canada” theme song produced by the iconic Canadian music producer, Bob Rock, where Ron MacLean said to the nation.. “Mudmen we love em!!”