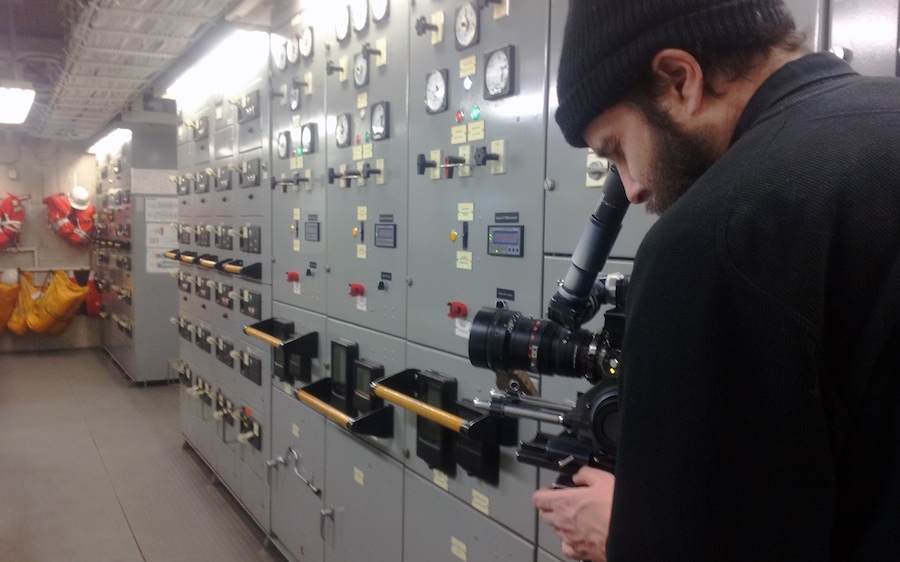 Pierre Radisson: Fjord and Gulf (2017) is a film by Ben Donoghue that presents the daily activity and environment of its eponymous Canadian Coast Guard Icebreaker. Shot during the Pierre Radisson’s work on the Saguenay Fjord and Gulf of St. Lawrence in Quebec during February 2016, the film provides a window into a portion of the invisible labour underpinning the Canadian economy. The film brings the deep winter landscapes of coastal Quebec into dialogue with intensive industrial activity of ore shipments from the mines of the Saguenay – Lac Saint-Jean. Shot in Super 16mm with a two-person crew of director/cinematographer Ben Donoghue and location sound recordist Noé Rodriguez the film embraces context, giving duration and breath to the images and sounds of the journey. Through a slow observational form the film brings the viewer onto the ship and into the journey instead of describing one.